Founded in early 2011 by photographer Klea McKenna and writer Nikki Grattan, IN THE MAKE has been a collaboration that offered an intimate look at contemporary art practice on the West Coast. Over the course of 4 years we visited 123 artists. Through visiting artists in their studios we learned about each artist’s space, process, influences, and the behind-the-scenes elements that are often unseen in a gallery or museum setting. We documented and published these visits with the hope of revealing both the richness and the daily realities of creative work. Our aim has been to raise interest in art practice, while simultaneously debunking the romantic myth of the artist. We recognize that creative work is real work, done by real, passionate people in all sorts of different spaces. We are not art critics, but rather deeply curious observers; looking for the ways that each artist’s aesthetic pervades their environment and reveals their perspective.

Our focus on West Coast artists was the natural result of being based in San Francisco and witnessing a vibrant, but under-represented community of artists in San Francisco, Oakland, LA, Portland and beyond. The focus of this project was on artists in the west who are committed to their craft and vision whether or not they are in the limelight, people who are taking risks and working hard at the edge of our culture and continent.

From the beginning our goal was to create an online source that is beautiful, informative and accessible, a place where viewers of all kinds can access and learn about art practice. While we are no longer publishing new studio visits, IN THE MAKE will continue to exist as an anthology of sorts, an online archive of contemporary West Coast artists working between 2011 and 2015. 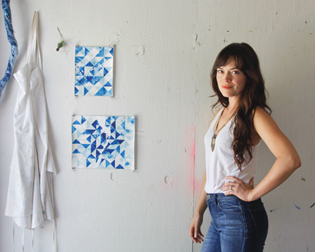 Klea McKenna /// Photographer / Founder /// Klea was raised in the rural, bohemian subcultures at the western edge of the United States, in both California and Hawaii. She has studied art at Florence Art Institute, UCLA and UCSC, and received an MFA from CCA. Her work has been exhibited widely, including at Haines Gallery and Cult Exhibitions in San Francisco as well as The Center for Photography at Woodstock and the Heckscher Museum in New York, Datz Museum in Seoul, South Korea and The Museum of Photographic Arts. Klea is represented by Von Lintel Gallery in Los Angeles. Klea has taught photography at CCA, UC Davis and The Oxbow School. She lives in San Francisco with her husband Dave and her daughter Fiona. Klea’s own art practice keeps her busy in the darkroom and the landscape (often in far-flung locations) where she is tirelessly experimenting with light, optics and natural forms. 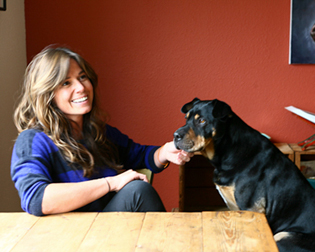 Nikki Grattan /// Writer / Founder /// Nikki was brought up by unconventional parents with nomadic tendencies who always chose roads less traveled. Her formative years were spent in India, Australia, New York City, and Hawaii, with many other places in between. Nikki received an M.A. in English and an M.F.A. in Creative Writing from San Francisco State University, and briefly ventured into non-fiction territory, writing for The Bold Italic, San Francisco Arts Quarterly, and San Francisco Magazine. Recently her career path has shifted, and for the last few years she has been working as a wardrobe stylist in San Francisco. This current direction has been a fortunate twist of fate, further invigorating her aesthetic sensibilities and collaborative spirit. She’s inspired by outsiders and underdogs, unmapped landscapes, the shifting nature of memory, and how the smallest of moments can feel like the biggest. 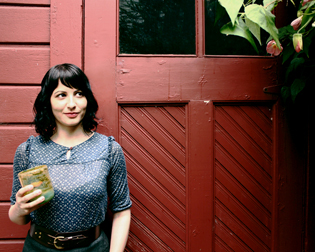 Dana Laman  ///  Video Editor
Dana is a freelance video editor in San Francisco, CA. After graduating from UC Santa Cruz with a B.A. degree in Film and Digital Media in 2004, she moved up to the Bay Area and spent a year absorbed in public radio journalism as an intern for KQED. Since then she has pursued her passion for documentary storytelling and focused her talents in video editing and a variety of other post-production skills. Recently she spent 18 months working as an associate editor and motion graphics artist on the feature documentary film, Revolutions, and now is the video editor for In The Make. She also regularly freelances as an assistant editor at Bonfire Labs, a San Francisco post-production house.

Field Note: Sweet Inspirations
May 29th, 2013
In The Make
Founded in early 2011 by photographer Klea McKenna and writer Nikki Grattan, In the Make is a collaboration that offers an intimate look at current art practice. Read more »